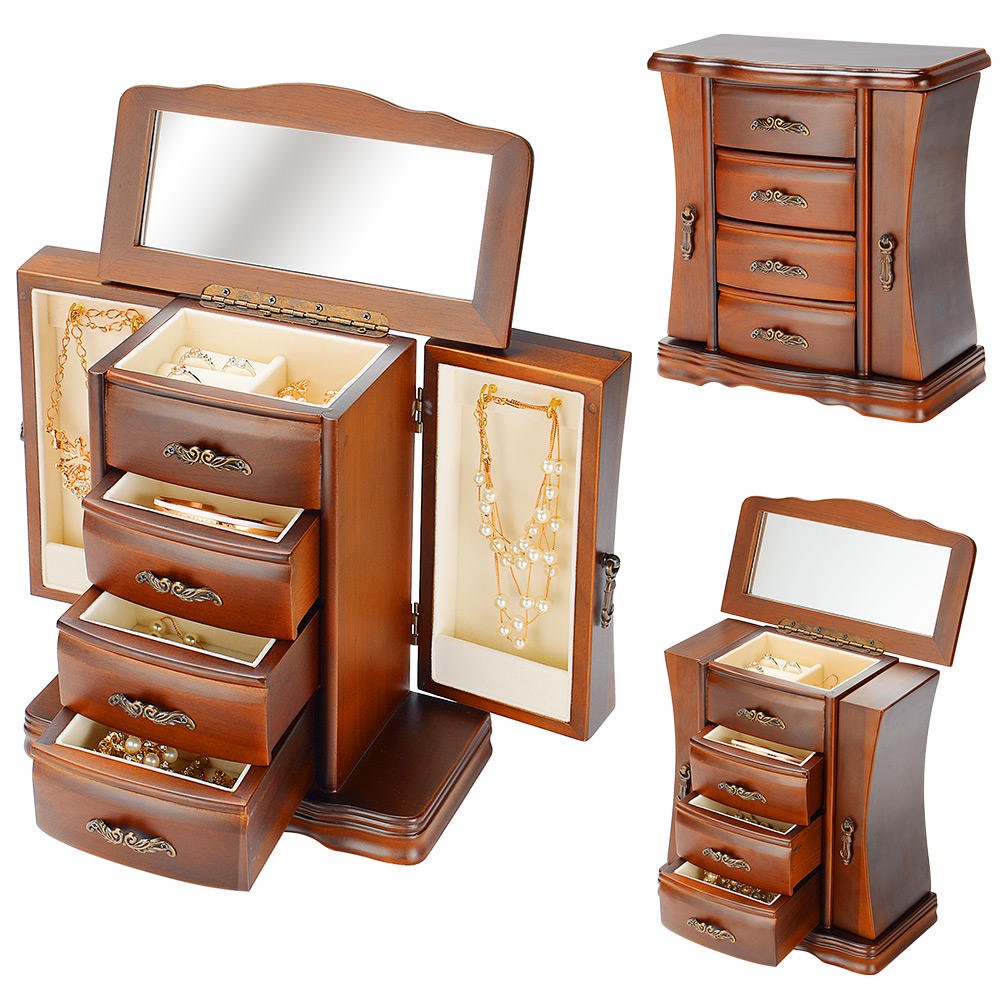 Of all material possessions of man, jewelry is considered most valuable. It symbolizes not only beauty but also power and wealth. Hence, people took trouble earning and collecting pieces of jewelry. To care for such precious items, jewelry boxes were created to complement each peace with proper storage and protection. Later on, wooden jewelry boxes was created to provide a more organized and charming storage for all jewelry pieces.

History tells that jewelry already existed about 75,000 years ago. Ancient African people made beads out of snail shells, which they wore as a traditional ornament. Eventually, ceramic jars were constructed to be used as a home storage or transport means for such items. The boom of ancient commerce gave birth to the first jewelry boxes. 7,000 years ago, people from Middle East countries created boxes to store and ship jewelry merchandise via river transports. It is during this era that boxes were used to hold precious gems and jewelry. On the other hand, the Egyptians are equally known to fancy jewelry precious gems and more pieces of jewelry. Hence, it is also believed that Egyptians may have been among the first people to construct boxes to hold their jewelry collections.

It was in during the industrial revolution that mass production of jewelry boxes started. When intricately carved and constructed jewelry boxes were once exclusive to the reach of the upper class crowd, it is during this time that such boxes were made more available and available for all. Together with the establishment of middle class society is the mass production of luxury items, which include both jewelry and boxes. However, as the move of purchasing these charming storage boxes become as easy as walking into a store, this era somehow compromised and sacrificed the traditional handcrafted beauty of older boxes.

The boxes made during the industrial revolution primarily used antimonial lead as its base material. Metal was then used to establish durability to withstand years of use in sheltering previous jewelry pieces. The boxes were also electroplated with copper, gold or silver as finishing materials, giving the boxes ornate accents. Also, materials like Parisian silver, French bronze and Roman gold were also used as finishing materials. Copper plated boxes were considered as one of the rarest and most sought-after commodity of this era.

Eventually, ceramic jewelry boxes have earned a following. They slowly replaced the metal boxes with their Art Nouveau style, which became the rage come 1900s. Design motifs range from roses, four-leaf clovers and other lovely nature themes. Flowing lines and asymmetrical patterns were eventually used to add modern touches to the traditional boxes.

Concepts to Bear in mind When Beginning a Boutique

Guide To Accessorize Your Jewellery The Right Way

What to Look for When Buying Silver Jewelry

Silver jewelry is a timelessly classic way for you to elevate your entire look. Not ...
By James Linda
January 6, 2021

Deciphering the most romantic christmas gifts for her and please her

A thoughtful way of treating the special woman in your life is to give her ...
By James Linda
January 4, 2021 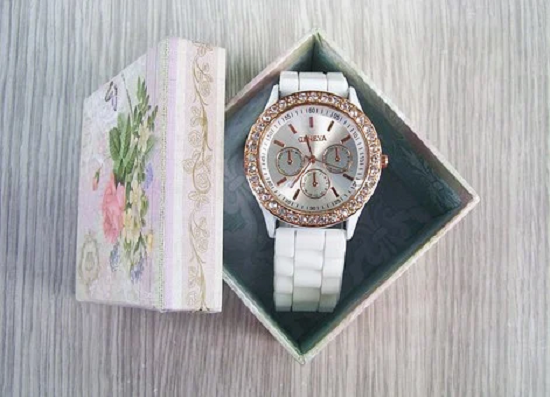 What makes watches a perfect gift

What do you look for when buying a gift? Durability? Practicality? Its ability to remind ...
By James Linda
December 24, 2020 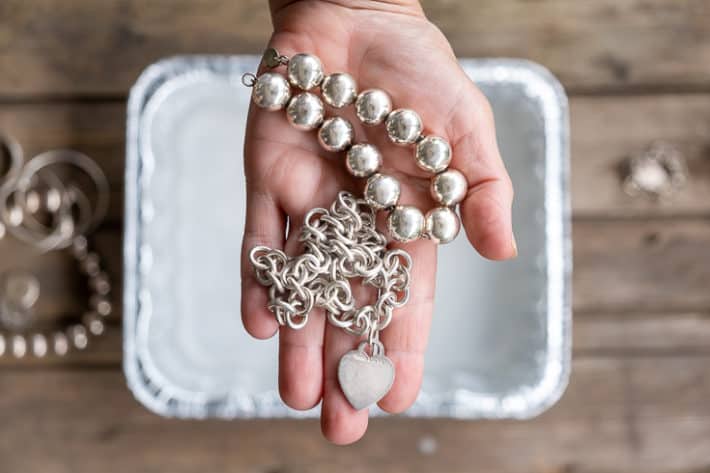 Transform Your Jewelry From Drab to Fab: A Step by Step Guide on How to Clean Tarnished Sterling Silver 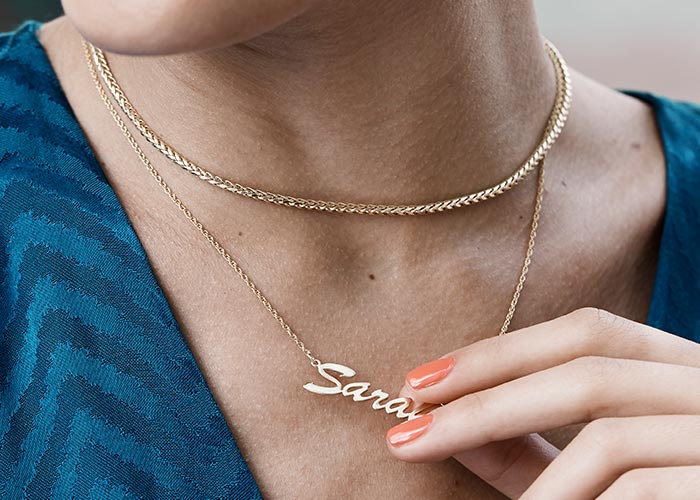 Jewellery is worn as a fashion accessory and is often given as a gift to ...
By James Linda
September 21, 2020